Why you should be unbanned:
Hey there, my cousin came over around a month ago and asked to play on my computer. I agreed and went out to run some errands. When I came back, he was just playing a game of mm on his account. He left a day later and I hopped on CS:GO. I was about to run some wingman games with a friend but wanted to warm up first. I hop onto 1v1 arena #1 and it says I'm banned for a duplicate account. I try 1v1 arena #2 and the same message comes up. I called my cousin and asked if he did anything, but he said he just played a couple of games of mm with his friends.

Any other relevant information:
I haven't ever been banned from this server before and I have no idea I now am.

I confirm I have read the appeal template, and all of the above information is truthfully accurate.:
Yes

When's the last time your cousin was over at your house, would you say?
F

The week of Febuary 23-29th pretty sure.

So can you explain these two identical accounts that connected to our servers from your IP, the most recent being from the 17th of this month? 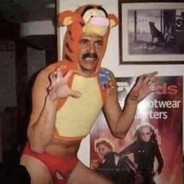 My cousin says they are both his accounts. I did though want to play with my friend that was unranked but cs doesn't allow you to play with someone if their rank is too far from yours. I made a new account but it said it needed to be level 2 to play competitive matchmaking. I asked my friends and cousin if they had spare accounts (smurfs/alts) and my cousin responded with the details of I think the second one because it wasn't banned when I played with it. While my friend was launching i hopped on the server to warmup then realized I was still banned. Then I warmed up on Aim_Botz (community map) then ran some mm games with my friend. I don't know if he got that account banned afterward or not.

How would both of those accounts, that belong to your cousin, connect from your home IP address while your cousin wasn't there in an attempt to cheat on our servers?
F

I joined with one of the accounts, but never attempted to cheat.. Could it be a false positive?

The account first banned has a game ban on it. I'm not convinced by your story.
F

My cousin may have went on that account after I was done with it. I honestly don't know how it has a game ban on it. Is there any other way to prove my story?

So an account that belongs to your cousin connects to our servers from your IP while he isn't at your house, gets picked up by our anti-cheat for having a cheat loaded, and gets banned. Later, your cousin has access to the account and "actually" cheats on it to give it a game ban. Meanwhile, an identical account later connects from your home IP again, this one also belonging to your cousin who isn't at your house since it was 3 days ago, and gets banned for matching the IP of the other account. Is that right?
You must log in or register to reply here.
Share:
Twitter Reddit Pinterest Tumblr WhatsApp Email Link